Hannah is mum to 9-month old Penelope, lives in Henley, Oxfordshire and is manager of a busy gastro pub 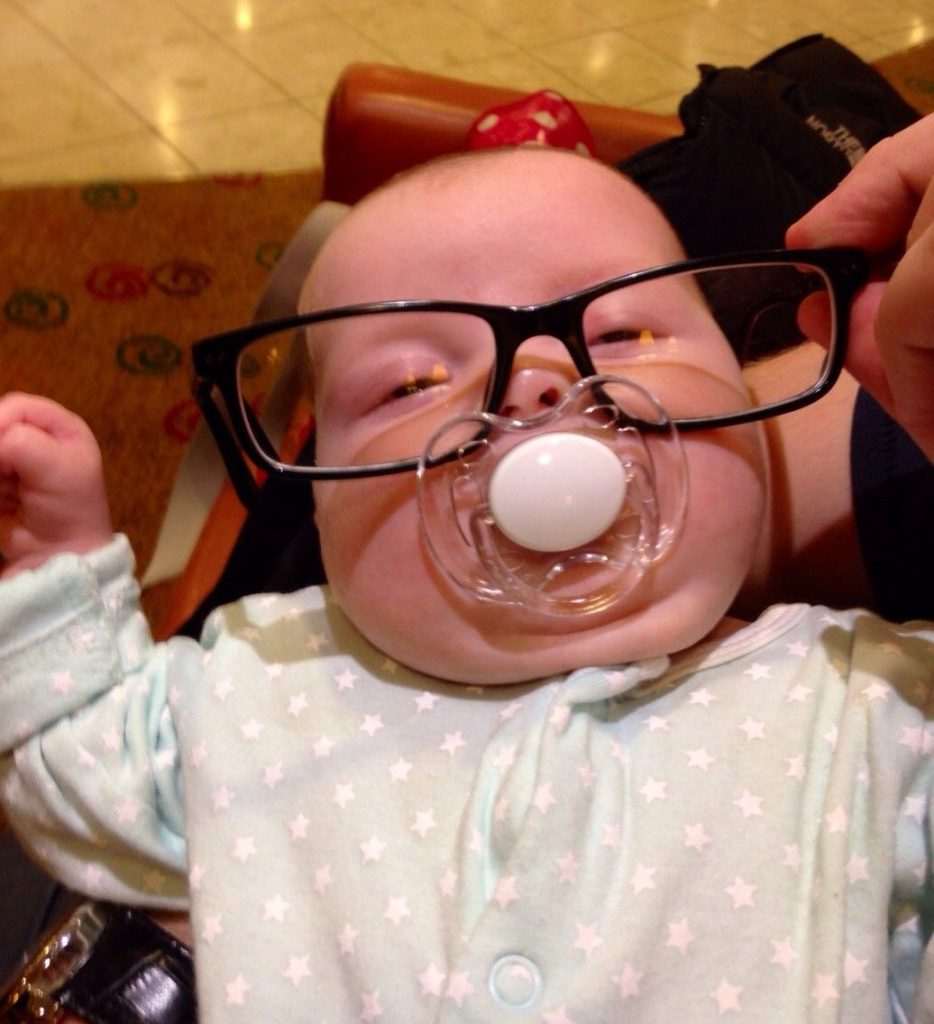 “Are we there yet?” It’s the question that my partner and I will undoubtedly come to dread when our monkey is a little older. For the time being however we have other challenges to face whilst travelling with a six-week-old.

We decided to take our first family holiday to France to see my parents a mere six weeks after Penelope’s birth. The first obstacle in our way was obtaining a baby passport. We thought it would be a simple matter; it actually turned into a mad dash into the centre of London with a three-week-old baby on the hottest day of the year. We did battle with tubes, trains and indeed bureaucracy but finally we emerged victorious and were assured that the passport would arrive by the time of our trip (which it did)!

In order to take everything we wanted, we decided to cross the Channel by ferry and then stomach the ten-hour drive on the other side. My partner and I approach packing using opposing techniques (I make lists, whereas my partner just wanted to chuck stuff in the car). Needless to say, my method was selected. We had arranged with my parents that they would borrow the large items, such as a cot, from fellow grandparents, but nevertheless this still left a large amount of baby paraphernalia to fit into the car. I packed things based on when I felt that we would need them. So the baby bouncer went at the bottom of the pile, whereas bottles, a steriliser and of course numerous changes of clothes went right at the top.

The journey itself was something that we were more and more apprehensive about. We were nervous about how Penny would react to spending so long in the car and if she would settle. We needn’t have worried. Due to the early start the ferry was almost empty and we were able to get Penny out and feed her. Once we reached France and started driving, Penny was amazing and took the whole thing in her stride, allowing us to treat the drive as part of the holiday. Whenever we stopped for a feed and a change of nappy, we made sure to relax and not stress about getting back on the road.

Having arrived at my parents our first family holiday really began. We had decided to keep Penny in a similar routine to what she was used to at home, but that ultimately we weren’t going to put any pressure on her or ourselves to do anything in particular. It was so lovely to see my parents and watch them bond with their first grandchild so despite having reservations about the journey we were thrilled to have made it and had no regrets at all.

Even through disastrous weather on the return journey, that made the ten hour drive seem twice as long, it was easy to adapt to spending so long in the car, especially when making ad-hoc pitstops in French service stations. Contraflow after contraflow went by until we reached the return ferry that night, totally bewildered by the apparent ease of our first family holiday. Even though we were exhausted beyond belief, we were still in positive spirits, playing around with placing our glasses on Penny’s face as she dozed off once again (see picture)! So confident in our abilities to drive anywhere with a baby, we have quickly planned our next outing behind the wheel.

However, we’re not taking for granted how Penny will react now that she better understands that being cooped up in a car for half a day isn’t as fun as a Peppa Pig marathon. Roll on the summer!